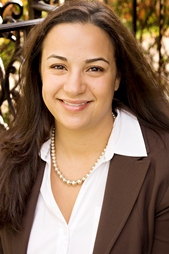 Today was a historic day for the country and those coping with cancer. At approximately 10:07 am EST, the Supreme Court of the United States released a decision in the constitutional challenges against the Patient Protection and Affordable Care Act of 2010 (ACA). This was a landmark law designed to improve the affordability and quality of health care in this country.

The ACA is a behemoth law stretching almost 1,000 pages, not including all of the regulations and guidance put out by various federal agencies. There are many provisions designed to work together to improve the system. Almost immediately after the law was passed there were constitutional challenges. In March 2012, the Supreme Court heard a collection of cases that required them to make some key decisions. And after three months of speculation by pundits, lawyers, and advocates, today we got our answers.

The first question the Court addressed was if Congress has the power to require most Americans to purchase minimum essential health insurance coverage or be forced to pay a penalty (aka “the individual mandate”). In a 5-4 decision, written by Chief Justice John Roberts (who was appointed by President George W. Bush), the Supreme Court held that although the law used the word “penalty” the consequence for not purchasing insurance was really just a tax, something that Congress was permitted to impose under the Constitution. Chief Justice Roberts wrote “taxes that seek to influence conduct are nothing new. Some of our earliest federal taxes sought to deter the purchase of imported manufactured goods in order to foster the growth of domestic industry.” Similarly, there is a national trend to heavily tax cigarettes in an effort to make smoking less appealing to young people.

So Americans have a choice, they can purchase health insurance and pay lower taxes, or not purchase health insurance and pay higher taxes. The reason this one provision is so important is because of the idea that they system won’t work unless everyone (with very some limited exceptions like undocumented immigrants, those with religious objections, etc.) buys into the system, healthy and sick alike.

The second question that the Court looked at was the constitutionality of expanding state Medicaid programs. The ACA said that starting in 2014 states must expand Medicaid eligibility to include a class of newly-eligible adults who are at or below 133% of the federal poverty level. This would provide access to health coverage to some of our country’s poorest citizens. The Supreme Court today said that it was constitutional for Congress to ask states to expand their Medicaid programs. However, if a state chooses not to comply with the expansion, Congress cannot withhold all federal funding for that state’s Medicaid program. The Court writes “[n]othing in our opinion precludes Congress from offering funds under the Affordable Care Act to expand the availability of health care, and requiring that States accepting such funds comply with the conditions on their use. What Congress is not free to do is to penalize States that choose not to participate in that new program by taking away their existing Medicaid funding.” In other words, even if states do not expand their Medicaid programs they will continue to get what they have gotten in the past to run their programs, they just won’t get the extra money from the federal government.

So what does this actually mean for people coping with cancer? Starting in 2014, all Americans, even those with a pre-existing condition, will have the opportunity to purchase health insurance in the individual market and that health insurance should be more affordable than current options. There will be limits on what insurance companies can look at to determine premiums, and rebates and subsidies will be available to people between 133% and 400% of the federal poverty level (e.g., families of four making between $30,657 and $92,200 per year). Additionally, all of the insurance reforms that began on September 23, 2010, are still in place. For example, children can stay on their parent’s health insurance until they turn 26, insurance companies can no longer rescind someone’s policy just because they got sick, and, for many, preventative services will be covered and people won’t have to pay co-pays or meet deductibles just to get their cancer screenings!

Of course some of this is a bit oversimplified. The decision is a total of 193 pages and includes concurring and dissenting opinions. The decision in its entirety can be found here. Just like digesting the original bill, fully sorting out the impact and ramifications of this decision will take some time. On first glance we do know that the bottom line is that the Affordable Care Act was deemed to be constitutional and the country can move on with implementing its numerous provisions.

Monica Fawzy Bryant is a cancer rights attorney, speaker, and author, dedicated to improving access to and availability of quality information on cancer survivorship issues. Monica has provided numerous educational seminars, written articles and blogs, and appeared on community television and radio channels discussing cancer-related legal issues. She can be followed on twitter at @NavSurvivorship. Navigating Cancer Survivorship (NCS) is a national, nonprofit organization that provides education and resources on the entire continuum of cancer survivorship issues to survivors, caregivers, and healthcare professionals. More information can be found at www.NavigatingCancerSurvivorship.org.